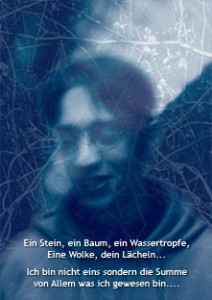 Born 1977 in Paris, Thomas moved to the countryside as a kid and grew up in the green mountains next to the swiss border. Thanks to his parents, he developed very early an endless passion for arts and culture. With 17 he completed a High-School degree for Art and Graphics and started to study interior design. Bored by the classic teaching structures he moved on to become a junior-event manager as part of his civil service. Rather than study theory for ages, he thought that only real apprenticeship and practice  of your craft will make a you a master. In 1998 he got back to graphics and moved to Berlin, where he followed a 3-years apprenticeship as a Media-Designer in 2 local agencies. To complete his experience, he later worked in many different positions around the event and communication branch, including event-manager, roadie, cook, DJ, barman, and decorator. As a “Renaissance man” he understands that the combination, exchange and melting of all art forms and cultural knowledge is the best way to communicate ideas and create a peaceful global culture Since 2002 he has worked as a freelancer for various companies and agencies in Berlin and worldwide from Morocco to Melbourne.

This website uses cookies to improve your experience while you navigate through the website. Out of these, the cookies that are categorized as necessary are stored on your browser as they are essential for the working of basic functionalities of the website. We also use third-party cookies that help us analyze and understand how you use this website. These cookies will be stored in your browser only with your consent. You also have the option to opt-out of these cookies. But opting out of some of these cookies may affect your browsing experience.
Necessary Always Enabled
Necessary cookies are absolutely essential for the website to function properly. This category only includes cookies that ensures basic functionalities and security features of the website. These cookies do not store any personal information.
Non-necessary
Any cookies that may not be particularly necessary for the website to function and is used specifically to collect user personal data via analytics, ads, other embedded contents are termed as non-necessary cookies. It is mandatory to procure user consent prior to running these cookies on your website.
SAVE & ACCEPT